For the past 11 months we have seen the US markets playing the reflation scenario.  One of the key parts has been an attempt by oil producers to try and get prices back to 2014 levels of more than $ 100 a barrel.  They got part way into the mid $ 50’s but now have hit a roadblock with the latest OPEC meeting kind of a capstone for the effort.

Adding to reflation push has been the Trump victory and its economic goals of less regulation, lower taxes, and infrastructure spending.  The markets belief that these actions will be completed is a key factor in the blowout conclusion of the reflation move.  Even the FED now believes it.  Their coming interest rate rises in a low inflation setting will be a factor in the unfolding market scenario. I will say however, that I applaud their move toward interest rate normalcy.  As to the stock markets, it looks like the current whipsaw of the S&P over the past two weeks, down to 2345 then a swing up, maybe to the 2453 level, will provide its own capstone.

So a key issue now is how investors position themselves for the unwinding.  Below is the information on the two tracking funds EXTH and ECT symbols that we set up 5 months ago.  They provide both sides of the performance spectrum for the coming period.  So far the performance of the two is virtually a flatline when measured at this very moment.  On the other hand the ability of the EXTH Fund to have a huge ALPHA, an indication of performance against the S&P Index,  is a core factor for the period when the reflation effort unwinds.

Here is the story behind our contrarian EXTH tracking fund Portfolio, where we have our money. 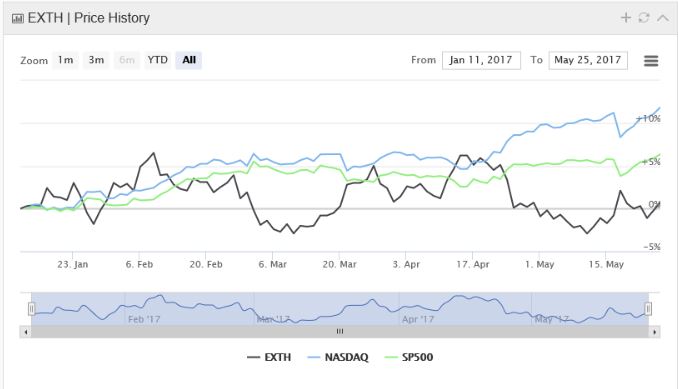 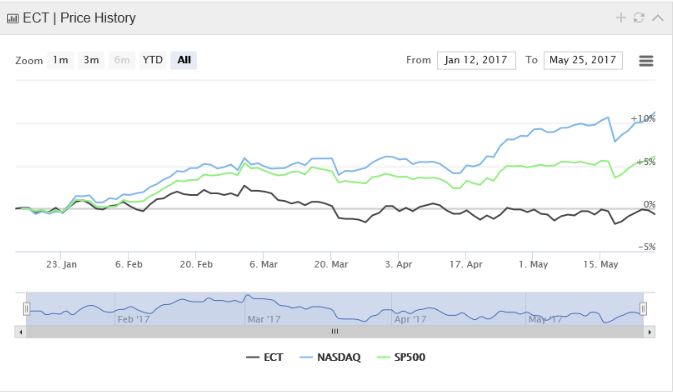 Regular followers of this blog know that I do not feel the reflation scenario is working for a simple reason, the money flows of this administration are against the consumer and they are key to a real not phantom economic performance. The funny money that has been floored by the Treasury’s 4.5 Trillion dollar QE program, since 2008, is about to be reduced.  These funny market funds have been reflected in the markets in the one area where real supply and demand do not prevail, i.e. market indexes.  Just look at the two tracking portfolios, while they do reflect different design parameters, one for reflation and one not, they have performance profiles which are distinctly different from the NASDAQ and SP500, in that they contain ETF’s of the real economy. The NASDAQ and SP500)) market indexes reflect mostly money flows in my opinion.

“Lawmakers asked whether the bank’s loans to Trump, made years before the New York developer ran for president, “were guaranteed by the Russian government, or were in any way connected to Russia.” A copy of the letter sent to the bank was reviewed by Bloomberg News.

Deutsche Bank declined to comment on the letter. Its shares fell on the news, sliding 1.1 percent to 16.93 euros at 4:39 p.m. in Frankfurt, the fourth-worst performance among 46 European companies in the Stoxx 600 Banks Index.”