Declining Union Membership and the Increase in Inequality

I sometimes submit or write articles for a Writer Blog, WriterBeat.com.  This past week I got involved with a blog of my own, pulled from Eureka-Perspectives and also comments on other blogs within the site.  One comment that I responded to was one in which a commentator made the argument that the abolishment of pro-labor laws after WWII led to growth in the 1946 – 1980 period in the U.S. This assertion was backed up by some analysis from economists with a conservative bent.

Old traders and investors such as myself tend to make more money from charts than from fundamental analysis or economic dissertations, although we do like to write about how things work whether we are correct or not.  Anyway I googled around to see if that comment  ” the abolishment of pro-labor laws after WWII led to growth in the 1946 – 1980 period in the U.S.” was true or not and what other effects are being felt in the economy.

The first chart I keyed on did illustrate two trends that are well known: (going back to 1949)

The story that the conservative think tanks like to tout is that this is a cause / effect relationship while in fact machinery / technology are the defining factors. 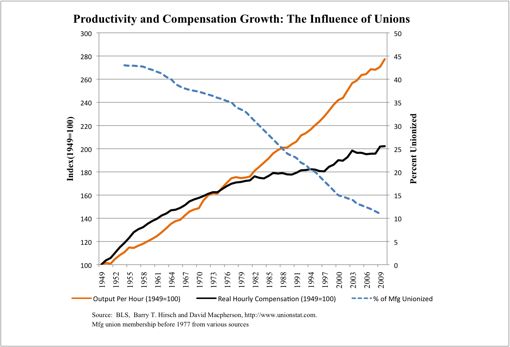 The second chart presents another story. Average per capita GDP rate of change has decreased since 1970.  Is this because there is less unionization?  We can argue that for a while. 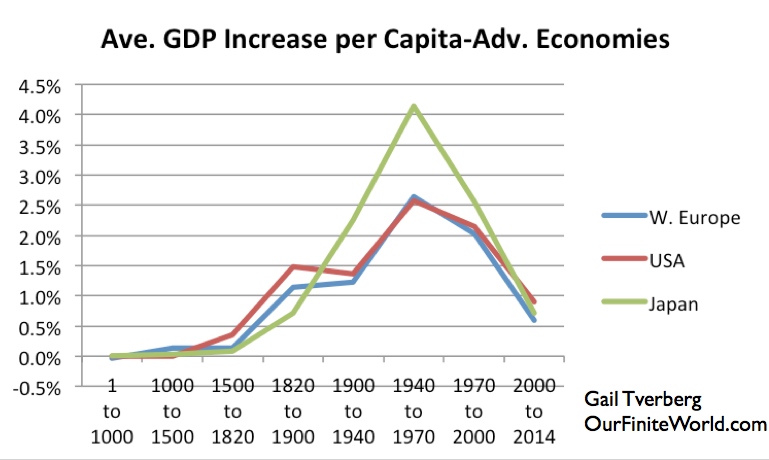 The next chart shows one of the issues that put Bernie and the Donald on the front page and sent Hillary to the shadows. 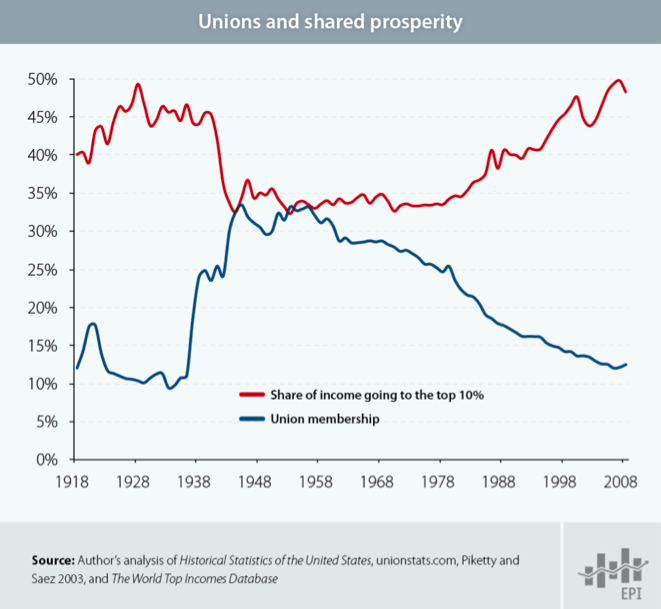 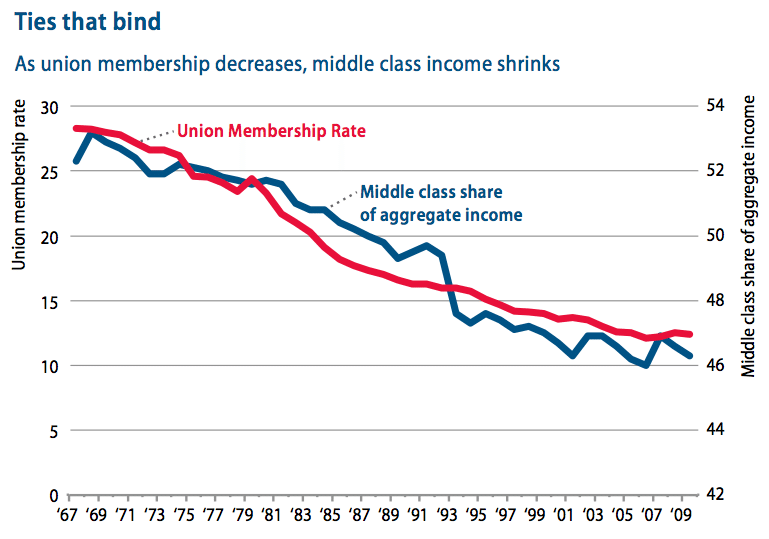