It is ironic that the media views the Greek and China events as sideshows to the greater economic environment.  We view current market volatility as part of a bigger picture.  The move towards deflation which was triggered in 2009 has not been resolved by either Global Central bankers including our FED or fiscal measures by the various world governments. The main consequence of QE3 was increased inequality and a rally in paper assets.

This is the basic chart that we like to watch, an index made up of copper, lumber, and gold.  Month end dates and value points of significance are:

Our premise is simple, we think it is likely that real asset deflation will work its way eventually into paper asset values, and we have not even included crude oil in this particular index.  As always, the Central Bankers will continue to try and defend their actions.  This will keep volatility high with a lot of ups and downs. 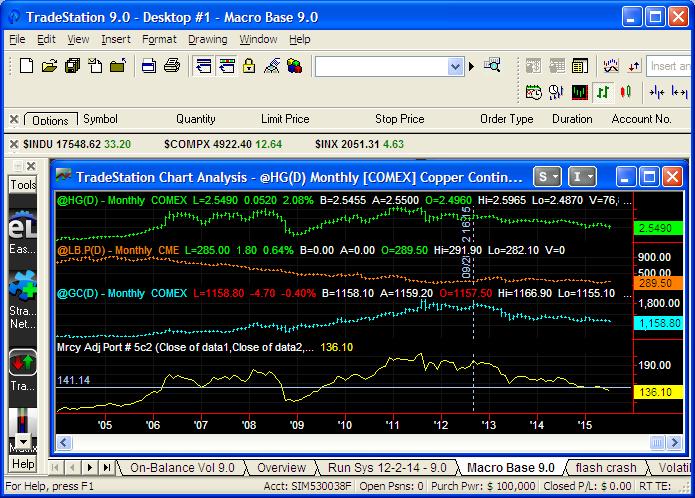