The Big Money is Putting more Pressure on the FED

Interest rates are under Pressure

While we still are watching the 10 year rate as the key indicator as to whether the FED will capitulate and go towards negative rates, the lows of 2012 and 2016 at 1.321 % are still well below today’s ten year low in the 1.460 area.  Nevertheless a lot of pressure is being put on the FED with the longer bond prices being bid up in order to save big money equity.

We have seen what I would call a hairball, the fluffy scenario in the S&P above the 3278 sell signal on the S&P a couple of weeks ago.  This was no doubt part of an effort by the manipulators to create a pretty story for the impeachment period and its aftermath.

In the meantime during this 2 year period, our long term long gold Position is doing its job.

But the January 2018 Fracture Scenario is coming back into play.

As we have gone into detail a number of times over the past two years, we have added units to our S&P ETF short position each week that the weekly RSI has been over 66.0.  At this point the number of units is at 20, almost reaching our targeted max number of units at 25.  In any case using the triple short SPXS ETF we had a 24 percent loss at the S&P highs this past week.  (our 20 unit average on the S&P is 3117, 8 percent under the high).

See chart here.. We would expect the 2798 area at the bottom of the red shaded area to be tested over the coming months. 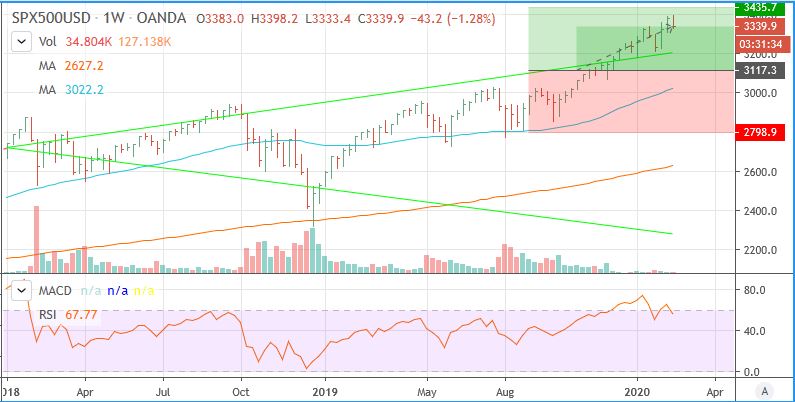