The Yield Curve is not a Causative Factor

2. Our guess is that the Government Debt Funded Tax Cut economic rally peaked in July, with the August numbers being the start of a rollover that will accelerate in September.

3. One other interesting thing we are watching is the Third Quarter GDP forecasts from the Atlanta and NY Fed offices which were updated again today.  Atlanta’s model, which is apparently more oriented to headline data is pointing to a 4.6 % gain, while the NY model which is based on more real numbers is pointing to a 2.0 % gain.  The difference between their numbers for this quarter is unusual.

4.  Meanwhile the F-3 Macro Facture chart is trying to hold at an important point, the April 2, 2018 lows.  If this holding action fails, risk will increase dramatically for stocks. 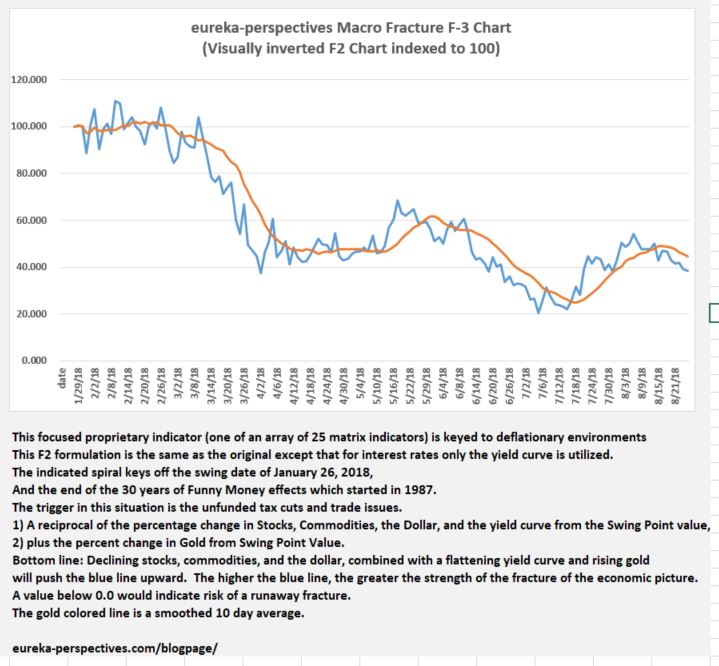