Volatility around the Buildout Hope

As mentioned yesterday, the first technical confirmation of the downside move out of the head formation on stocks will occur when we see the three day average under the 200 day average.  Again, this is a big deal, the bulls must defend the market above that level in order for the hope of the unfunded tax cuts to get going.

As you know we do not think that the high growth story will occur. Todays trade deficit and employment numbers seem to follow that belief.  We are watching the 2 year bond yields and the yield curve for signs of whether economic growth is taking off, so far we do not see it in the numbers and charts, although the true believers still say this is going to happen.

Here are our two charts, the Puzzle inputs and the Fracture chart updated through the market opening today. You can see that in the past two days we have seen a little backup in the flattening curve but the pattern towards flattening remains. 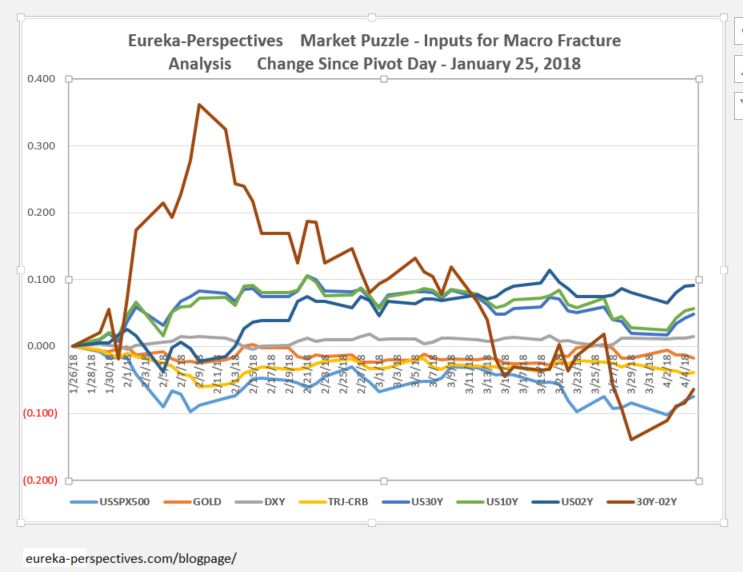