The Puzzle Continues to Evolve

The hope of the Global Growth story is firmly intact. The IMF and Global Central Bankers are holding on to the story.

The markets are focused on rising interest rates, yet the yield curve continues to flatten.

The only holdout kind of seems to be Japan, they still are holding on to their low inflation worries. They are watching the scene warily as they keep stimulus and yet provide happy talk to the world view.

And for that guess what, for 2018 to date their currency is the strongest against the dollar and the Euro although the past week we have seen the Dollar and Euro bounce back a bit to major resistance levels, strange isn’t it.

Is to watch the integrated charts that pull all the pieces into the puzzle, and work off the January 25th swing point.  For me the important point of these charts is to show where we are in the Fracture scenario.  We believe that deflationary forces are stronger than inflation forces at this point in the long cycle.  Some could say we are early, I would say the cycle is late due to the past 18 months of economic flux. 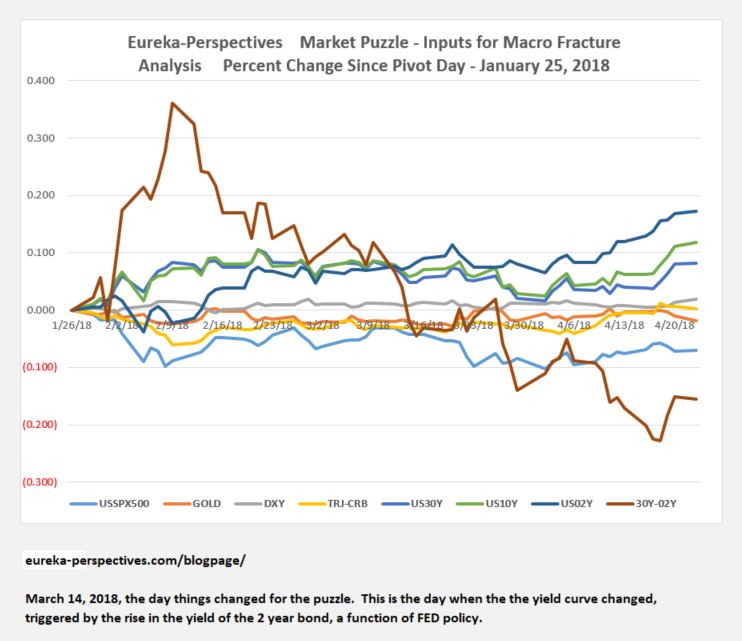 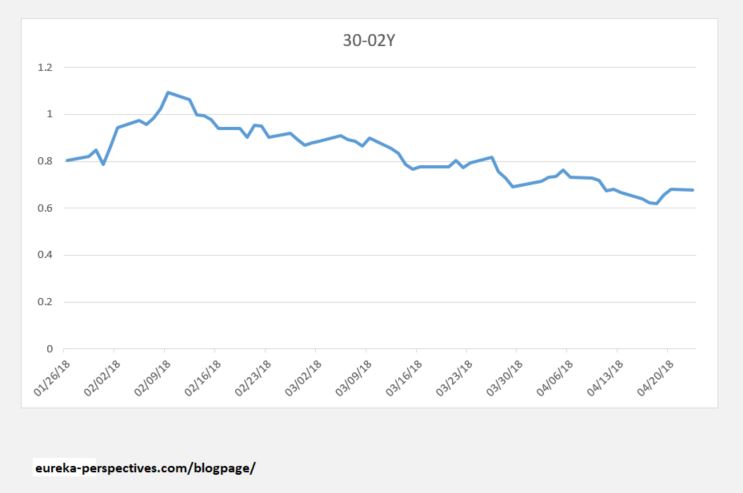 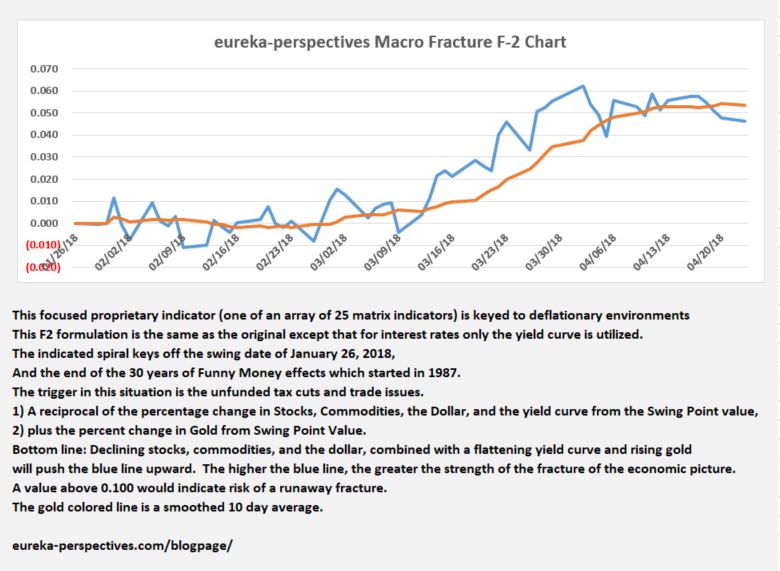 What does one do with this information in the major sectors:   Stocks, interest rates, dollar, commodities, precious metals.

One Response to “The Puzzle Continues to Evolve”