I am basing this on the number of visits to our blog site, last week was the lowest in three months.  Usually that means investors and traders have been lulled into nothingness.  And the number of foreign hits as a percent of domestic were much higher than normal.

Again, as I keep repeating, it is all about the consumer, watch retail and auto sales numbers, we anticipate weakness going forward as the euphoria that erupted on November 8th dissipates.

Here are our Marketocracy Tracking Fund charts, numbers out 11 weeks from establishment on January 11th.

This is the fund that has a portfolio of ETF’s that were selected to reflect, reflation, restructure, tax reform, etc, the Trump Agenda. 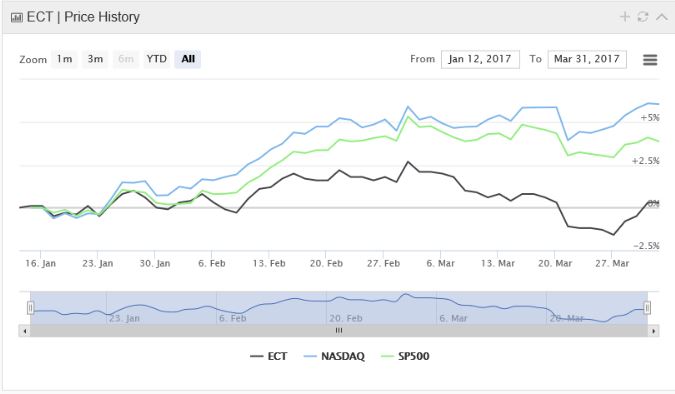 Next is the Eureka EXTH Fund

This is the fund that has a portfolio of ETF’s that were selected to reflect a non-working Trump Agenda. 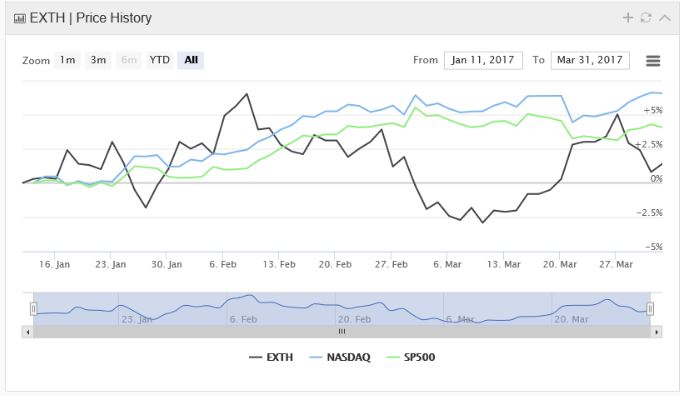 In summary, the EXTH Fund is slightly ahead of ECT at this point. As one would expect the chart patterns are very different as the Nasdaq and S&P charts have been where everyone has piled on during this time period.  When the market does start a move we anticipate that the EXTH fund will move to a large performance pop compared to the other charts.