We are $ 4 Trillion Special

We are in a global world.  Something like 50 percent of S&P 500 earnings are offshore.  The US has been managed by a FED that has focused on throwing a lot of funny money at domestestic entities, and we have seen that most of the effect has gravitated to US asset prices rather than the real economy.  But the real issue, how in a global world can one country be so out of balance with the other countries?  We are always told that what one sells someone else has to buy. 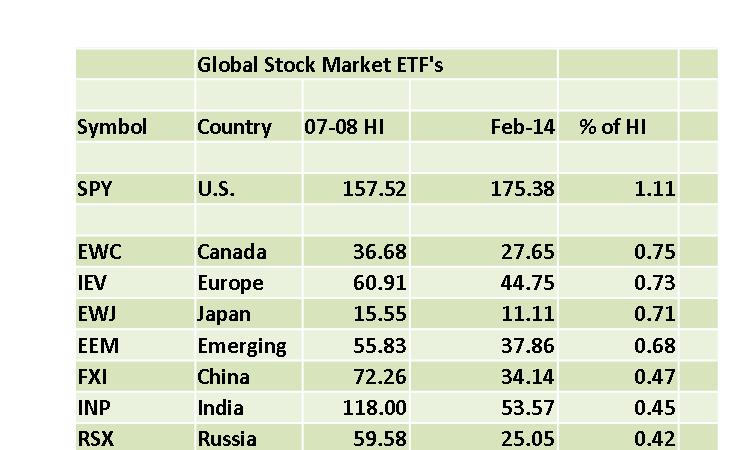 So there will be a lot of talk tomorrow about emplyment numbers and whether the taper will come off if there is a bad number.  But you can see from the numbers here, that is not the issue.  The issue is that the funny money is not bringing us back to 2007 in economic vigor.  Until core asset values around the world drop to levels where growth can spark, we have more to do.