What are investors thinking about..

A.   We hear about big outflows from stocks, yet the market just sits here at levels that it has been playing with 7 times in the past 13 months, last November 2017, last February, last April, last May, last October, last November, and now December 2018.  There is one thing they always say, for every seller there has to be a buyer.  Who are these buyers? That is the big question.

B. The one positive thing that happened this year for Corporations was the tax changes that put the bill on all of us through an increased Government deficit.

C. If you do a search of our archives for Trump, you will see that we have believed that he is a disrupter, and that is not all bad, there were and are too many elites out there,  based on money and intellect. What you will also see is our belief that Trump will implode because of his Economic Beliefs (the same beliefs that bankrupted him 7 times) not his immoral behaviors.  So far the markets have tried to key on the tax cuts and ignore all the other Washington stuff, but it looks like things are coming to a head now.

And here is the big picture, our F3 Macro Fracture Chart which has been floating around the important zero line all week (- 4.0 to 5.9) averaging 0.95 for the past 5 days. 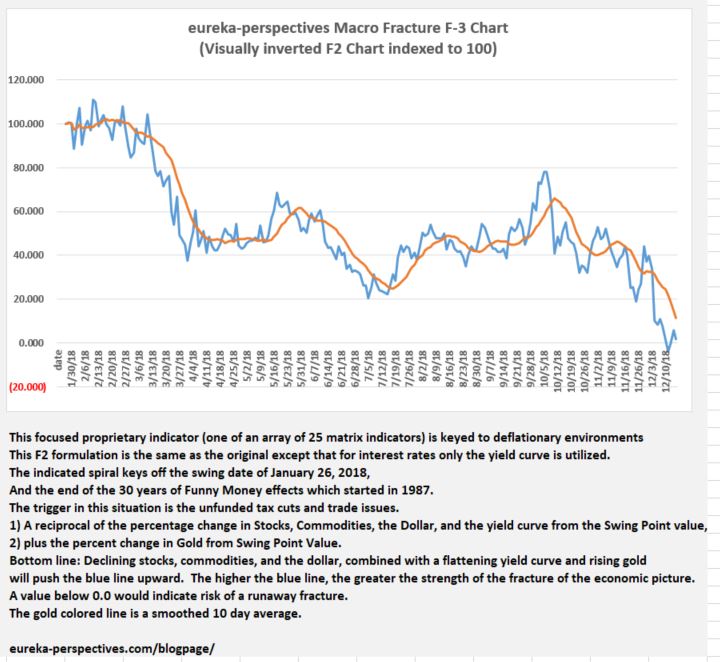