The Country, the World, and the Markets have been patiently waiting to see where the largest global player, the USA, is headed.

Now we have Clarification…

First,  the big news is the nation is getting even more bifurcated, the rural areas are getting more conservative, the urban areas more progressive..

No doubt the most important news is centered around a 100 women joining the House of Representatives, it will make the Tea Party victory of a number of years ago look like a footnote to change.

It is in a lot of ways much more impactful than the Trump Disruption.

Things like climate change, health care, and equality will be more in focus.

One has to keep in mind that the Founding Fathers did not want a try a full Democracy, they wanted to be able to hang on to their things.  So they set up the House to reflect the current situation and be democratic and include people counting.  And then they set up the Senate to reflect land and things.  That is why elements like the Tea Party movement and the Blue Wave Women movement in the House are so big in turning  to the current direction.

For me, I will focus on our Fracture Charts to see how all the elements; 1) Interest rates, Stocks, Currencies, Commodities, and Gold interact.  Just based on the first day of reaction, nothing much has changed. The after effects of the tax reductions to the top and tariffs are still rolling through, but all in all the directions put in play after the January 26 Fracture date are still being played out as the 30-2 yr yield flattening continues. 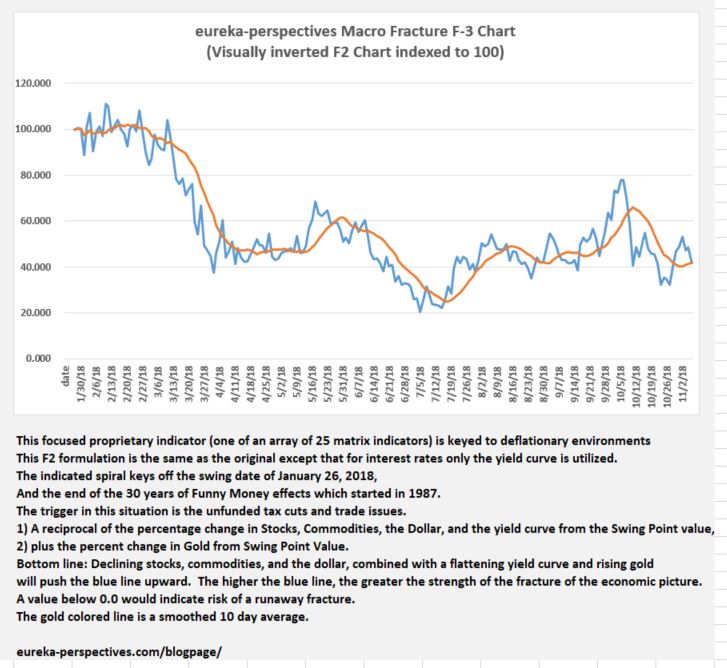