The First and Most

First let me say that I believe the Trump administration is right in trying to even the playing field with China, we have talked about this for years.  What I do have a big problem with is how they are doing it, and how they are trying to flatten the rest of the world, our allies at the same time.  We are going to need Canada, Mexico, Europe to be on our side if we are ever going to try and rein in China.

With that said, the current course has put a lot of pressure on emerging markets, and that would make sense, the First to get hit in any economic confrontation is the smallest.  By the same token the Most to get hit in the long run is the biggest market, i.e. the U.S.

We believe there is a reason that the Yield Curve is still the biggest trade of the year.  The FED is doing its job of normalizing short term rates, and long term rates are mostly a function of long term economic growth, which is being made more and more dismal by what is going on in Washington.

Here is the 30 year vs 2 year yield spread since the Economic Fracture date, 1/16/18 through this moment.  Since early July there has been a push by the big market players to stop the run, but so far it has been at most a holding action in the flattening and eventual inversion. 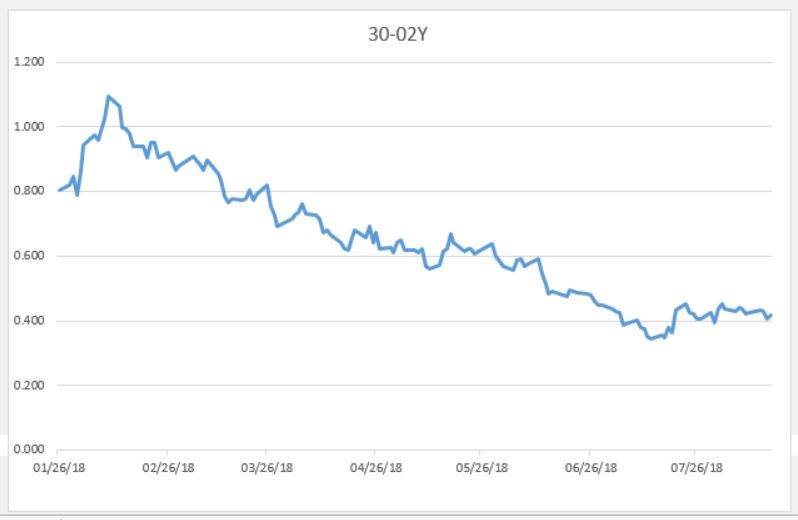