Tension in the Air

We have bee sitting back the past few days, letting the volatility massacre the players, as the bulls pay too much on these crazy rallys and then panic at the end of many of those days.  Trading equity is being pushed over to the short side of the trading ledger.

The market is holding above the technical swing point, the 200 day average.

Fundamentals are tied to a hope on the part of investors that the tariff war doesn’t get out of hand.  And the Earnings game is highly awaited, although most investors don’t seem to realize these will be the peak earnings for the cycle.

China is playing the game well..

In my mind, China is playing the game better at this point, allowing Trump to pound around on twitter, and they just sit back and express a few stability oriented platitudes.

In the mean time, while the big GDPNOW update doesn’t come until April 16th, the numbers yesterday point to a weak 2.0 % for the First Quarter. No surprise.

And don’t forget the Yield Curve which puts all of this together. It still appears in a flattening direction as the Fed believes in the Growth Story, while the long term fundamentals say watch out.  See chart here. 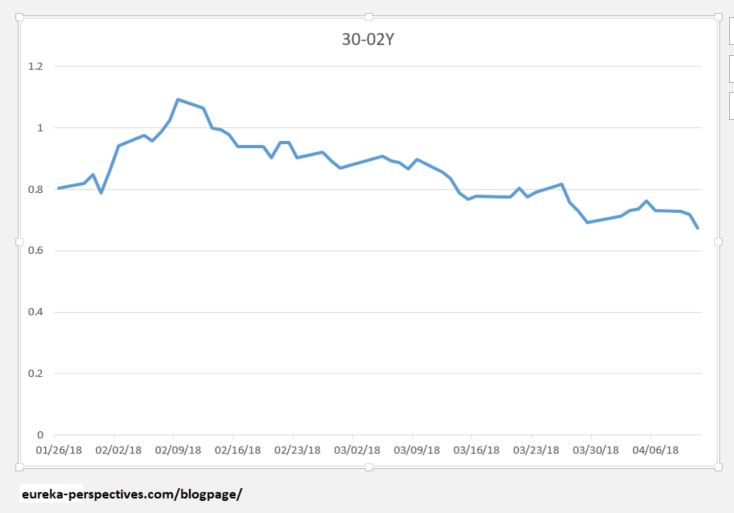 All the elements in our analysis still point to forecast indications. 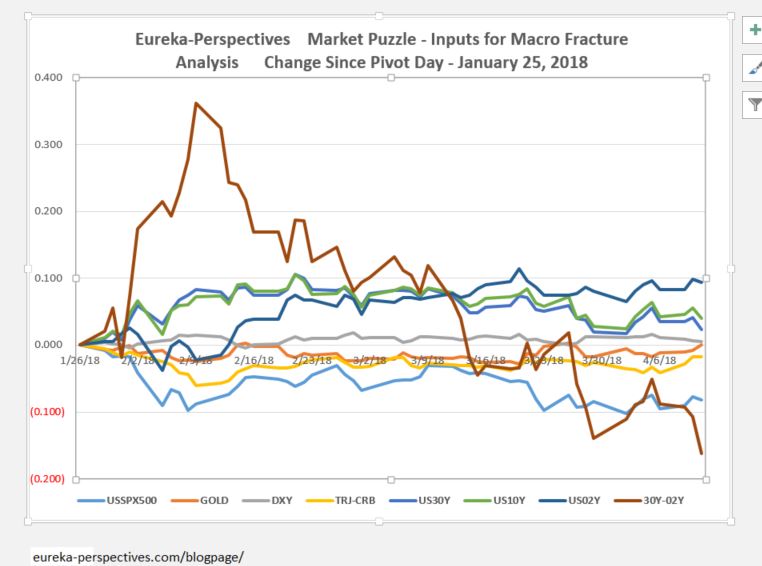 This chart illustrates the important interactions. It has been getting a lot of pushback by the markets over the past five trading days but is still holding to it’s direction, although the tension is bending the moving average of it. 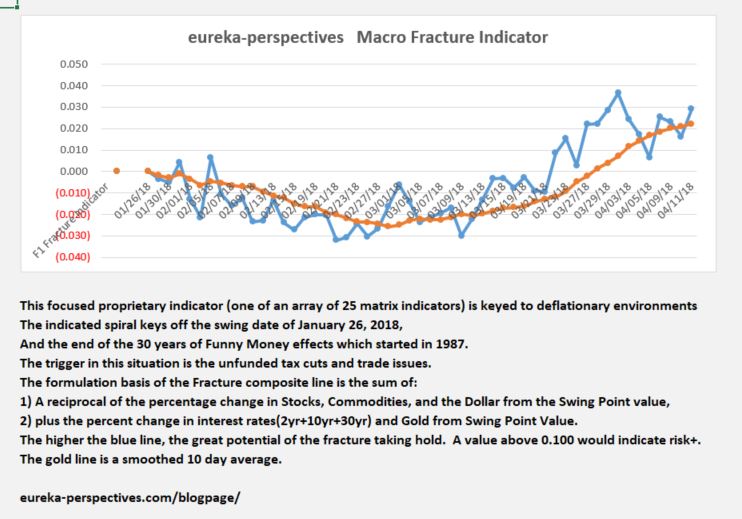 And last, but not least, I just have to say this. Paul Ryan has announced that he will not seek reelection, this from the speaker of the House and a past Republican VP candidate. There is a God out there.  Go Randy Bryce.