This week we have seen early exuberance in the stock market and a settling back, on track for the market top scenario that has been unfolding since late January.

To me the big theme is headline confidence based on the Economic Fake News saturation by CNBC and Fox Financial News.  This has been followed with good production numbers, but then followed by real weakness in final demand.  That would seem to go along with our view that the first quarter is the culmination of the Trump Buildout for making America Great and the reality in the consumer pocket book that it is less stellar.

What we are Watching

The yield curve is probably the best gauge of where things stand.  It is interesting that since the market top on January 25th, it widened briefly into February 9th and then has trended lower. 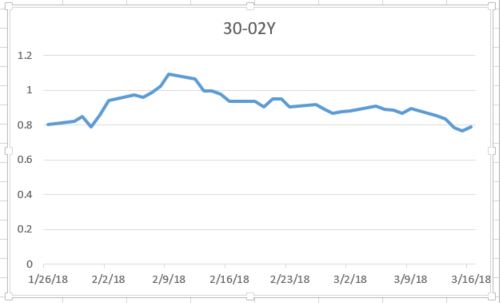